It is with heavy hearts that we share that our colleague and Fellow, Barrie Gilbert, has passed away. Our thoughts are with his family, and especially his wife Alicia, who was an inspiration to Barrie throughout his life and work. Barrie’s death is a deep loss for his family and friends, as well as for ADI and the analog industry as a whole. For nearly 50 years, Barrie has been a force for innovation at ADI, bringing out the best in all who worked with him and he will be dearly missed. Ray hired Barrie in 1972 and his  impact was felt almost immediately. In fact, some of the products Barrie designed in the 1970’s are still generating revenue and strong margins  today. It is estimated that his products have generated more than $2B in lifetime revenue for ADI. His influence on IC design beyond ADI is nearly  impossible to quantify when you consider the impact of topologies like the Gilbert Cell Mixer, Trans-linear networks, and others. Beyond the  innovation and value of his circuits, however, it was Barrie’s uncanny anticipation of latent customer needs, his influence on process technologies, and super-human attention to details that truly set him apart. He defined his strength as the intersection of precision, nonlinear, and high-speed techniques.
Barrie was unconventional in every possible way. He was a strong advocate of experiential leaning rather than relying on textbooks. “What-if” was a daily question. His designs were equal parts circuits and aesthetics; his schematics were his canvas showing the intersection of art and technology. He would often exclaim, “make transistors dance to the music.” They did for him and for others he inspired.
Barrie was one of ADI’s two inaugural Fellows. His industry accolades over the years are too numerous to fully mention – membership in the U.S. National Academy of Engineering, IEEE fellowship, more than 100 patents, and on. Sufficed to say that Barrie was one of a kind and his vision and dedication live on as an inspiration to all who knew him.
In closing, we are including Barrie’s self-written bio below; an encapsulation of Barrie’s proudest accomplishments,
infused with the wit and wisdom for which he was well known.

A Sort of Bio

Barrie Gilbert (IEEE Life Fellow) has had a severely deprived life experience. He has spent all of it doing nothing much besides tinkering with analog devices and circuits while dipping his toes into digital waters only with distanced enthusiasm. He has contributed several of the basic cells and terms now in common use throughout the industry. Of special relevance is the concept of the ‘Translinear Principle’; this allows the easy  implementation of rudimentary and arcane algebraic functions in the
analog domain. Originally realized in BJTs, these ideas are now being used in sub-threshold MOS, such as neuromorphic cells.
In 1979 he founded the first remote design center of Analog Devices Inc., located in Oregon. As a sort of troublemaking supervisor he has attempted to infuse enthusiasm for original thinking, even mutiny, urging the NW Labs team to ever “Think Out of the Box”, in an intoxicating and freewheeling pursuit of invention – often against a tsunami of received wisdom.
Over the years, he has received a glut of plaques to hang on the wall, such as IEEE ‘Best Paper’ awards (5 years in a row) and nice industry awards. He was Oregon Researcher of the Year in 1990; recipient of Honorary Doctorates, from Oregon State University, in 1997, and the University of Cluj-Napoca, in 2014. He was elected as a Member of the U.S.
National Academy of Engineering (NAE) in 2009 and enjoys his membership of the American Association for the Advancement of Science (AAAS). He has published many technical papers and is a contributor to several textbooks. Somehow, he has collected over 100 U.S. patents plaques to add to the wall-candy. He likes to write music in a classical style, and reams of poetry. 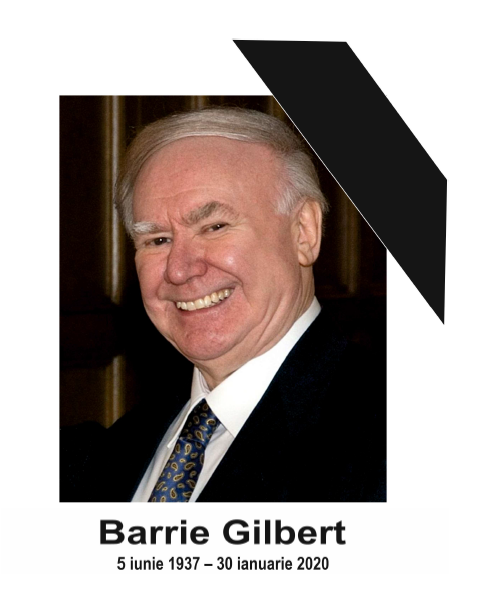